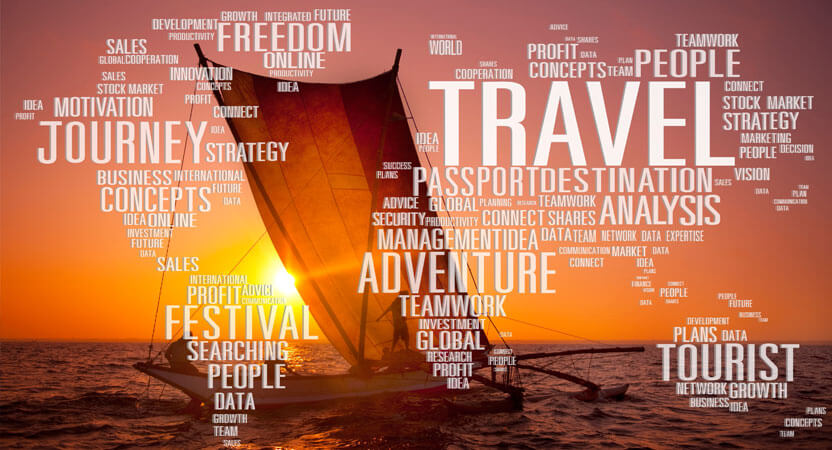 SETTLE ABROAD WITH YOUR FAMILY


An individual that moves from one place to another – in search of work and better opportunities – is said to have migrated.

Migration has become a common phenomenon in recent times with more people willing to move away from their country and settle down in another country. People today are willing to move abroad for work, study or for better quality of life.

Migration can be both for the short term or on a permanent basis. Those who decide to settle permanently in another country are deemed to be the “permanent residents” of that country.

A permanent resident is different from a citizen and holds the passport of another country.

The reasons for moving abroad differs from person to person but the primary motive to migrate can be either for employment, studies, a better quality of life or just to expand one’s horizons.

The benefits of migrating to another country are many. It gives opportunities to live in a new environment, meet new people and experience a different culture. It provides opportunities to learn a new language. Besides this, migration gives an opportunity for professional development and personal growth.

Settling abroad in one of the world’s leading countries is one of the most life-changing things you can do. Some of the biggest reasons people settle abroad are:

Migration is all about relocating from one place to another. Usually, there might be diverse push and pull factors at work, either working on their own or together.

Pull factors – that is, factors that draw a newcomer to a specific country – are primarily social and economic. Economic migration is where an individual moves abroad to find work or for following a carefully laid down career path for themselves.

Social migration, on the other hand, is when an individual relocates overseas for either a better quality of life, or to be closer to family.

Generally, the top three reasons believed to be the motivating factors for migrate overseas are –

According to the United Nations Department of Economic and Social Affairs (UNDESA), there were an estimated over 232 million international migrants globally.

An international migrant is a person living outside the country that they were born in. Crossing borders in search of work, education and new horizons, a migrant is primarily driven by the search for new opportunities and better livelihood.

HOW CAN I MIGRATE?

Statistics for the year 2021 with the World Population Review, an independent organization, reveal that the United States – with 48.2 million – had the highest number of foreign-born residents, also referred to as immigrants.

With 15.9 million living abroad, India was the country with the highest number of former residents living internationally.

The leading countries for migrate overseas include, among others – the US, Canada, the UK, Germany, and Australia.

Canada, Australia and Germany are considered to be the top three countries for immigration post COVID-19.

Australia: A multicultural society and a thriving economy, Australia has a lot to offer a newcomer. Australian permanent residence visas are issued with a validity of five years, allowing you to move to the country and settle in Australia with your family.

You can apply for Australian citizenship after living in Australia for three years on a PR visa, provided you fulfil the other eligibility requirements.

Canada: Found to be the most-welcoming country for a migrant, Canada has streamlined immigration policies making it easier to apply.

432,000 newcomers are to be welcomed by Canada in 2022. A majority of these will be through economic immigration.

Express Entry has a standard processing time of within six months (from the date of receipt of the completed application).

Canada PR visas are issued for five years, and can be renewed. After living in Canada as a permanent resident for a minimum of three years out of five years – that is, 1095 days – you can apply to take up Canadian citizenship. Provided, however, that you meet the other eligibility requirements.

If eligible, you might be able to acquire permanent residence straightaway, provided immigration routes suitable for your individual circumstances are available, open, and accepting applications.

Conversely, you might opt to go to a foreign country for study abroad or work overseas first and apply for permanent residence later on. Working or studying abroad might make you eligible for different immigration streams of the country that you study/work in. For example, previous and recent Canada work experience make you eligible for the Canadian Experience Class (CEC) that comes under Canada’s Express Entry.

Moreover, many countries allow you to stay back in the country after you have completed your study abroad. Post study work options are offered by countries such as the UK and Canada, among others.

Generally, a country’s family stream permanent residency is available for partners, children, parents, or other dependent relatives of an individual that is either a permanent resident or citizen of that country.

Under the work stream immigration pathway, you can gain permanent residence based on your having the skills in demand, or being sponsored by an employer in that country for a work-based visa.

Other pathways for permanent residence are also available. These vary from country to country.

Generally, the eligibility criteria for migrate overseas include meeting the –

The specific requirements will vary from program to program, and from country to country.

Each of the immigration programs has its own minimum eligibility requirements. The required paperwork – supporting the claims made by you in your application – will depend on the program applying to.

It is advisable to confirm your eligibility before applying.

Usually, verification will be made by the government concerned of your education, identity, work experience, and general background

STEP 2: Finding out if you score the required points, if applicable (67 points needed for Express Entry, 65 points for SkillSelect).

STEP 3: Arrange the list requirements with the help of Y-Axis overseas professionals.

If applying under the provincial route to Canadian permanent residence, you will have to go through a two-step application process. Firstly, a nomination by any of the provinces/territories part of the Provincial Nominee Program (PNP) will have to be secured.

The Nomination Certificate can then be used to apply for permanent residence. The decision to grant Canadian permanent residence is the sole prerogative of the federal department of Immigration, Refugees and Citizenship Canada (IRCC).

Our immigration counsellors work with you to find out your preferences, identify the most ideally-suited countries with the best prospects for successful migration, along with the most optimum future prospects.

We are up-to-date with the latest immigration laws and policies and offer you timely, accurate advice to make the right immigration decision.

Every year, thousands of people turn to Y-Axis to achieve their global ambitions. Our knowledge, expertise and experience in global immigration practices makes us the first choice for individuals and families seeking to build a new life abroad.

At SRM Overseas we don’t sell, we counsel.

We help our clients discover the best country for them and give them unbiased advice on their best migration options.